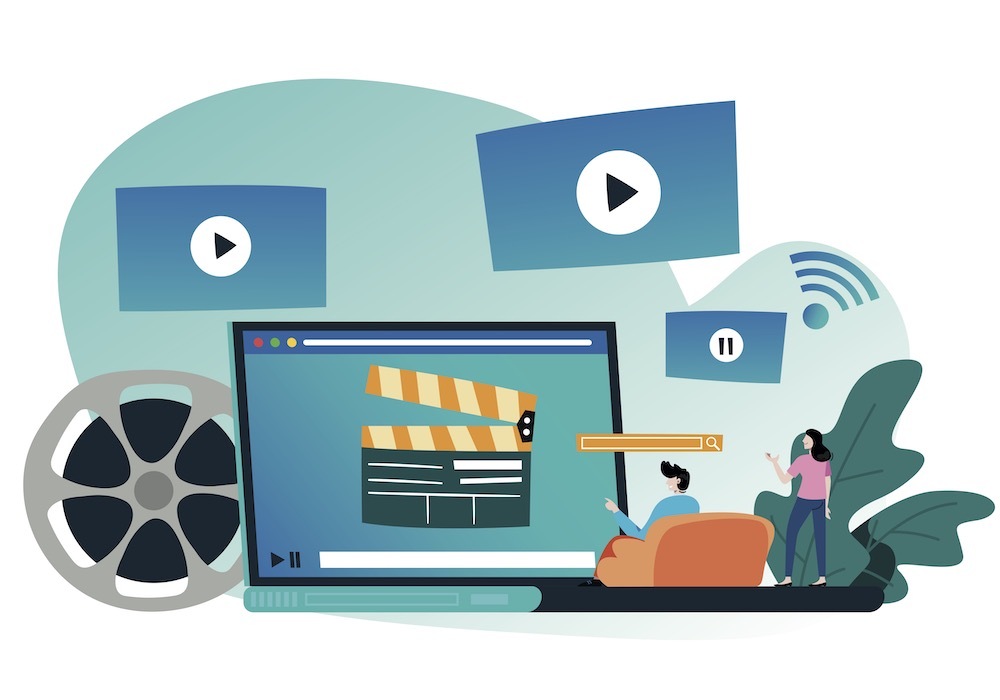 Even after all of our meetings here at Energy Circle had gone virtual, one part of our everyday office conversations remained: We loved to talk about the latest streaming series and movies we’ve all been watching at home.

The freedom to binge watch nearly every show ever made is one of the comforts many Americans clung to in 2020—for just the first three weeks of March, it is estimated that Americans streamed 400 billion minutes to their televisions, which does not account for minutes watched on other devices like phones, tablets, and computers. Combining this with the rise in cable cutters may have given streaming services like Hulu, Amazon Prime, and even YouTubeTV the ubiquity they needed to stake claim as the “new television.”

Plus, as the live music industry has screeched to an indefinite halt, revenue and subscriptions are up for the music and podcast streaming industries as well, with the average number of subscribers up 13.9 million over last year (a 24% increase), and podcast listens on Spotify have (more than) doubled since the pandemic began.

When it comes to the marketing opportunities of streaming, you may be one of the many who have said, “Streaming is big… so what? It’s similar to television, and I already tried television years ago. It was a huge expense for little return.”

This is a common pain point for many in the better building industry. However, streaming is not the same as the television ads (or in this article’s metaphor, “waterfalls”) of decades past—the many marketing tools that streaming video and audio services like Hulu, Spotify, and Pandora offer make this ad platform a much more efficient way to reach smaller, targeted audiences instead of the wide net cast by traditional television and radio campaigns. In this multi-part series on streaming advertising, we will cover where you might see a streaming ad, what they are, how they work, and how they have been utilized (or underutilized) by the HVAC contractors, solar installation contractors, and home performance professionals in the better building industry.

What Are Streaming Ads?

A streaming ad is a video or audio ad placed on free and premium subscription platforms for streaming services like Hulu, Spotify, Pandora, and Peacock, among multiple others. The ad lengths can vary from short six-second bumpers all the way up to minute-long skippable ads. They are most often charged on a per-view basis, though minimum ad spend and media representative requirements also vary from streaming channel to streaming channel.

Where You’ve Seen (or Heard) Streaming Ads Before

The most common form of this kind of display (and audio) advertising is the pre-roll ad that plays before a YouTube video. If you listen to music on the free tier for Pandora or Spotify,  you’ve undoubtedly heard an audio ad. Or if you are a Hulu subscriber, many of their paid plans still include ad breaks that play during episodic content, including their original series.

Additionally, more and more cable channels and television networks are offering their content on-demand, via a streaming application that viewers can download to their smart tv or device (think popular channels like AMC, TBS, or FX as well as evergreen networks like NBC, ABC, CBS, and FOX). These services may require an extra subscription fee or come free with a cable subscription—but regardless, they still get at least some of their revenue from ad sales and their content still includes built-in, unskippable advertisements.

Here are some examples of different types of streaming ads from 2020:

Bumpers are primarily used in pre-roll and mid-roll applications. These display a quick, basic primary message with a CTA, like this one.

These are the more common type of video and audio paid ads by volume. At roughly 15 seconds, these ads allow for a slight expansion of the truncated messaging of bumpers, and often include the CTA reveal at the end. Depending on how engaging your video content is, a longer skippable ad may yield the best results. These ads can be longer, up to a full minute or more (though we wouldn’t recommend going much longer than that), and are skippable after the first five seconds. This works well for attention-grabbing ads:

If you were paying attention earlier to the streaming services available, you may have noticed that we intermixed music/audio services and video services. Streaming ads work for both, meaning you can tailor your streaming ad strategy to the strengths of your content and your desired audience. For videos that make use of descriptive voiceover, and are not reliant on a visual aid, they can often be used as audio ads, similar to radio commercials.

Here at Energy Circle, we have even taken previously existing audio ads and made an accompanying video to maximize on already existing content for advertising use on multiple streaming services and formats. Like this example for a contractor that already had this script and voice over as you can see here.

Why Would You Want To Utilize Ad Placements on Streaming Services?

So now that you know what kind of content can be used, let’s get to the big question: Why would you want to place ads on streaming services? The short answer is that advertising on streaming services is a more efficient, targeted way to advertise your business than has ever been available for media platforms like radio and television.

The Downside to TV & Radio Advertising

Advertising your HVAC, home performance, or solar business on TV and radio used to be one of the pinnacles of media advertising because it cast the largest net. TVs and radios are ubiquitous, so it used to make sense to spend the money to get the maximum number of impressions (views or listens) as possible.

However, when it comes to optimizing who actually sees the ads you are placing, TV and radio only have one parameter: time of day.

Many business owners in the better building industry that we’ve talked to about video and audio advertising have had poor ROIs from their previous TV and radio experiences, often stating issues like:

A common question about traditional TV ads is, “How can I be sure that someone doesn’t just go to the bathroom as soon as my ad plays?” And the answer is, you can’t. To be fair, you cannot be 100% sure any user is actually paying attention to your ads, no matter what device they are using, but streaming adds a little more control over who sees your ads in the first place.

The fact that streaming services have any kind of targeting available, whether that is in a self-serve user interface or via an ad representative, makes streaming a better tool for any integrated marketing strategy. Here are just some of the metrics that can be used to build audiences and optimize your video and audio ads for your digital marketing strategy:

On the campaign level, streaming also allows you to direct the viewer’s journey. Think of it like episodic content based on your sales funnel. An example of this is long-form educational content that’s been split up into multiple messages, allowing you to funnel different specific viewer groups closer to your ultimate call to action, like this campaign case study on How the Solar Tax Credit Works.

Though streaming may be an evolved advertising platform compared to traditional television and radio, there are still some things to be aware of when it comes to choosing which platforms will provide the best results.

The wide world of streaming can feel like its own island—but it is important to remember the big picture, and how this marketing tool can be integrated into your overall digital marketing strategy. In part 2 of this series on streaming, we will get into how using your existing digital marketing toolbox can amp up the effectiveness of your streaming ad campaigns. So, as they used to say in the days of traditional television, “don’t touch that dial!” Streaming is everywhere these days, and most of us utilize one streaming service or another—whether it be Hulu or Netflix for enjoying television or movies, or Apple or Spotify for our music and podcasts. Moving into 2021, these streaming platforms…
See More - By Jake VP, Energy Circle Content WriterAccording to research from Insivia, online users retain up to 95% of messages relayed by video, compared to only 10% retention when the same messaging is relayed via text. Those searching for your services…
See More 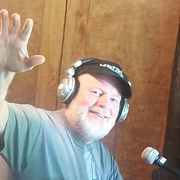 This week we welcome Wynn L. White, PE for a discussion on managing large restoration and remediation projects particularly after hurricanes and water damage events. Wynn is a second generation civil engineer who got his start working for his…
See More 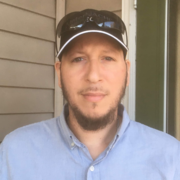 We decided to talk about our myth-busting to the kitchen this week.Instead of busting 1 myth, we decided to BUST 2 of them!Myth 1: "A Watched Pot Never Boils"Myth 2: You cannot touch the surface of a cooktop right after cooking without…
See More


The Building Performance Association is proud to announce our new online platform, BPA Connections. Many months in the making, this new website is the home of BPA members,…
See More


The Building Performance Association is proud to announce our new online platform, BPA Connections. Many months in the making, this new website is the home of BPA members,…
See More

The agenda for the 2021 National Home Performance Conference & Trade Show has been released!
Check out the educational programming we have planned with 14 tracks and 120+ sessions and workshops. The agenda includes both virtual and in-person…
See More BPA is offering scholarships for the 2021 National Home Performance Conference for those who qualify. Fill out our application form linked below to be considered for a scholarship. The deadline for submissions is March 1.
…
See More

This week we welcome back one of our favorite medical contributors and epidemiology of infectious disease expert, Dr. Alan P. Zelicoff MD. Dr. Zelicoff has been educating the IAQ Radio+ audience about biological weapons and infectious diseases since…
See More

- By Jake VP, Content Writer Even after all of our meetings here at Energy Circle had gone virtual, one part of our everyday office conversations remained: We loved to talk about the latest streaming series and movies we’ve all been watching at…
See More
More…
Loading ...