A furnace filter duct taped to a box fan makes a remarkably good and inexpensive particulate filter. Linda Wigington has been advocating for them and using them in ROCIS cohorts.

This thread is meant to discuss what works and what doesn't.

I've got a Dylos again, and so I'm measuring stuff that I can't with the other IAQ monitors I have: Foobot, uHoo, Awair, and NetAtMo. Namely I'm watching small particles.

Meanwhile, I'm a bit lazy. I went to Dollar General down the street from me and found a box fan and a 1" filter without a MERV rating. It was cheap and easy, so I bought a few.

When I was part of a cohort in summer of 2016, I found it worked remarkably well with the filter taped to the front of the fan (the exhaust). It knocked the Dylos small under 500, and often under 100.

Taping the filter to the back of the fan with a 1" filter. 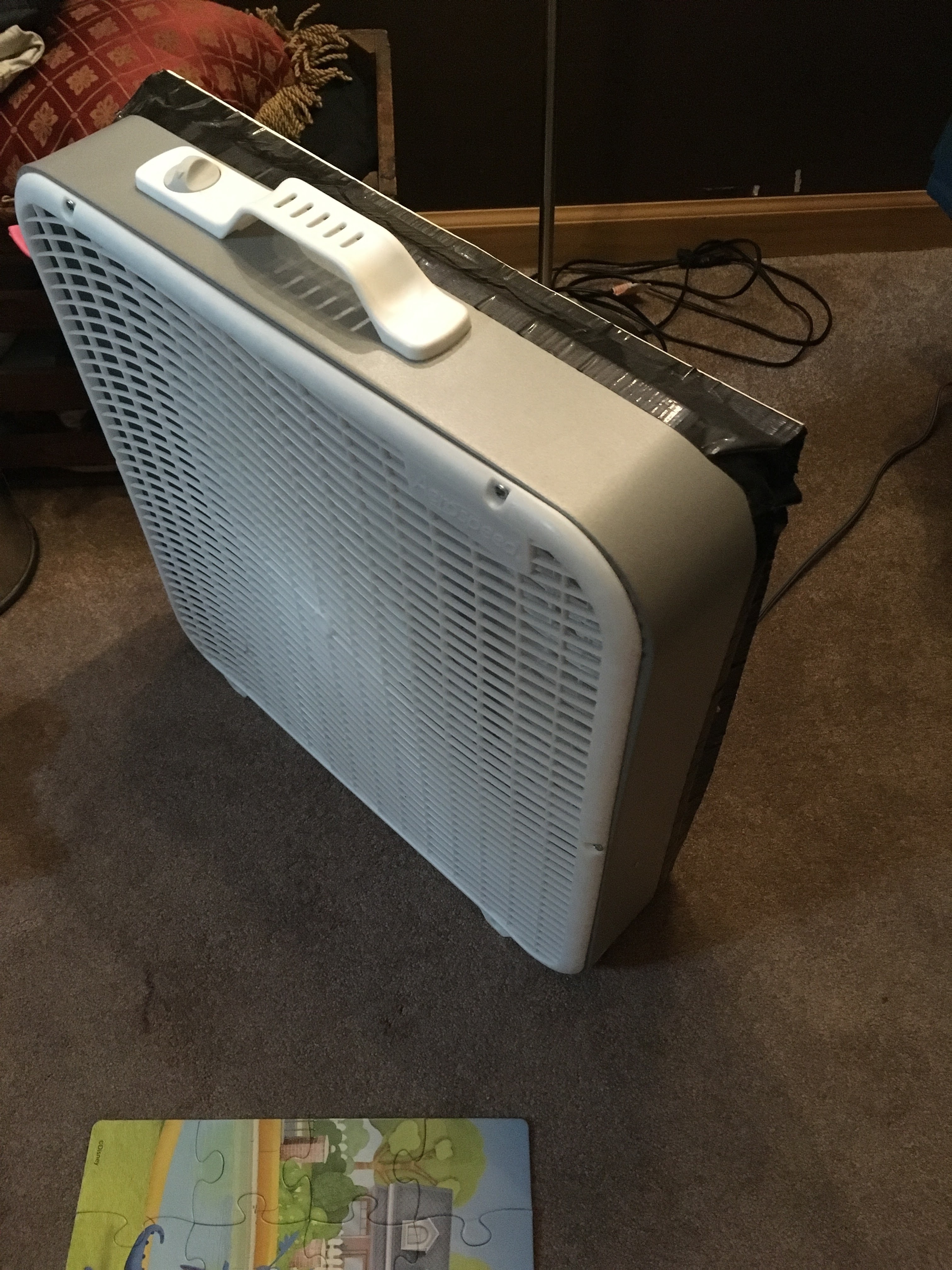 Something was stirred up this morning and my readings were 4000-5000 Dylos small, the highest readings I've ever seen in my finished basement, where my office is. I turned the fan on, no change whatsoever that I could see. Doh!

The 4 corners of the fan on the exhaust side are sucking pretty hard. My hypothesis is that rather than pull air in through the filter, it's just pulling from the four corners.

Linda found that with the 4" filter, both sides of the fan are effective because the media filters don't create a lot of static pressure.

Propeller fans are LOUSY at creating static pressure. The late, great Brian Baker took my head off in an email when he thought I was advocating for filter fans as whole house filtration. When met with static pressure they just pull from somewhere else and get noisy. I think he's still annoyed with me about this. =)

What have you learned?